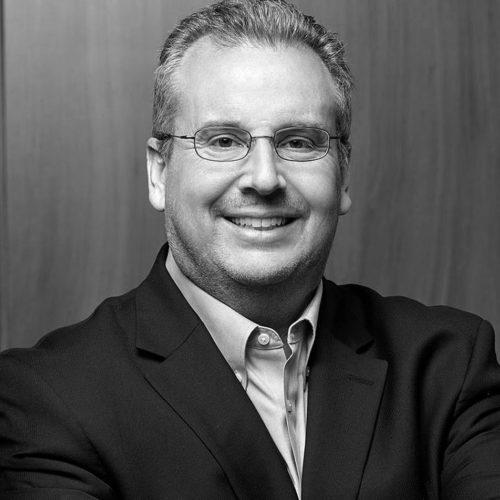 Prior to SWaN, Mr. Schaufeld founded and led National Electronics Warranty Corporation (NEW), which was acquired by Asurion in 2008 (now NEWAsurion). NEWAsurion is the world’s largest consumer product protection company, employing over 20,000 people worldwide. During his tenure, NEW was recognized by Inc. Magazine in its “Inc. 500” list of the fastest growing private companies. He is the patent holder of the Rigid Insurance Form and a Founder and former President of the Service Contract Industry Council (SCIC).

In 1996, Schaufeld and his partner, Tony Nader, presented the financially-troubled Best Buy Corporation (NYSE: BBY) with their concept: “Making Best Buy Even Better,” suggesting comprehensive consumer extended warranties could be sold without pressure or sales commissions at significantly lower prices than offered by BBY’s main competitor, Circuit City. The adoption of the controversial program led BBY to become the single biggest NYSE turnaround/growth story as of that time, as measured by market capitalization.

Mr. Schaufeld is a recipient of Ernst & Young’s “Entrepreneur of the Year” award. He is a member of the Economic Club of Washington, DC, the Young Presidents’ Organization (YPO) and its Peace Action Network Arab American Action Forum. Mr. Schaufeld has been quoted extensively in numerous publications and has appeared on CNN and NPR.

Mr. Schaufeld and his wife, Karen, live in Virginia and are active in organizations dedicated to education, health, environment, peace, inter-faith tolerance, military support and the arts. He is the chairman of the Inova Health System Foundation and sits on the board of the Wolf Trap Foundation. He is a member of Venture Philanthropy Partners and a supporter of the Schaufeld Family Heart Center of the Inova Loudoun Hospital, the Fredrick D. and Karen G. Schaufeld Lower School of Loudoun Country Day School, Leesburg, VA, the Fredrick D. Schaufeld Scholarship program, Westbury, NY, Lehigh University’s Karen Shihadeh Schaufeld and Fredrick D. Schaufeld Endowed Scholarship Fund and Joachim Schaufeld Center for Jewish Life, the Emil and Grace Shihadeh Innovation Center, Winchester, VA, All Ages Read Together, 100 Women Strong and the OneVoice Movement. He is a recipient of the Loudoun Laurels award and the Loudoun County Boy Scouts’ Good Scout award.

Mr. Schaufeld received his BA in Government from Lehigh University. 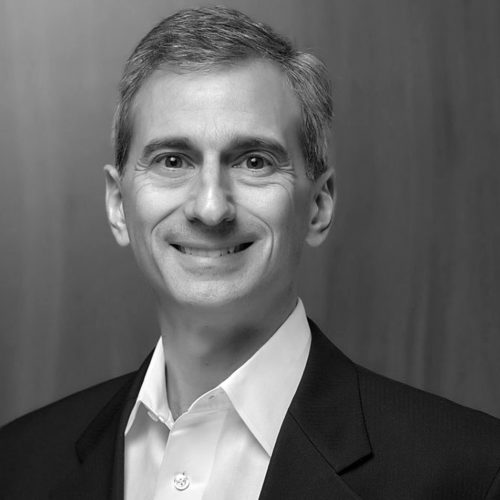 Mr. Nader is co-Founder and a Managing Director of SWaN. Mr. Nader also is a Partner in Monumental Sports and Entertainment, which owns the Washington Capitals (NHL), Wizards (NBA), Mystics (WNBA), Valor (AFL), Baltimore Brigade (AFL), and Capital One Arena; and a Partner in the Washington Nationals (MLB), Team Liquid (e-Sports) and the Professional Fighters League (PFL).

Previously, Mr. Nader served in numerous senior management roles at NEW Corp. (“NEW”; now, NEWAsurion), the world’s largest consumer product protection company, employing over 17,000 people worldwide. As COO, President, and later as CEO of NEW, Mr. Nader grew the company at a compounded growth rate in excess of 20% for over 20 years. During his tenure, Mr. Nader placed special focus on customer care, innovation and strategic partnerships. He continues to serve as Vice Chairman of NEWAsurion.

Mr. Nader serves on the Board of Arlington Asset Investment Corporation (NYSE:AI), The Cranemere Group, Optoro, BigTeams, and DuraTap, and is an active advisor to the board of KIND Healthy Snacks.

Mr. Nader is actively involved in a number of philanthropic, business and community organizations. He currently serves as the Chairman of the Inova Health System Board of Trustees. Inova is a not-for-profit healthcare system based in Northern Virginia that serves more than two million people each year throughout the Washington, DC metro area and beyond. Mr. Nader is a member of The Economic Club of Washington, DC, and a member of Young Presidents’ Organization Gold (formerly the World Presidents' Organization).

He is a graduate of John Carroll University and holds an MBA from the Weatherhead School of Management at Case Western Reserve University. 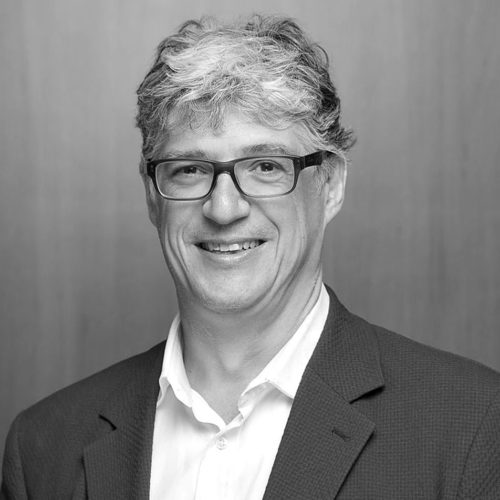 Mr. Strasser is a Managing Director of SWaN. Prior to joining SWaN, Mr. Strasser covered the consumer and retail industries as an equity research analyst at Salomon Brothers, Citigroup, Bank of America Securities and Janney Montgomery Scott, for nearly two decades. Mr. Strasser’s in-depth understanding and insights into the world’s largest retailers, including WalMart, Home Depot and Best Buy, has led him to become an industry expert. He is a sought-after resource to many large U.S. retailers and media outlets.

In 2001, Mr. Strasser joined Andor Capital, where he built and led its consumer team. Andor Capital was one of the largest long/short hedge funds at the time with over $10B in AUM.

Mr. Strasser currently serves on the board of Seeds of Peace, a conflict resolution organization that leads various cross cultural initiatives, including an annual summer experience in Maine where Israelis, Palestinians, Egyptians, Jordanians, Afghani, Indian and Pakistani teenagers are brought together to foster cultural and religious understandings of their respective worlds.

Prior to Wall Street, Mr. Strasser acquired and operated a franchise of I Can’t Believe It’s Yogurt in New York City. He was also an analyst in the M&A department at Lehman Brothers following his undergraduate studies.

Mr. Strasser earned a Bachelor of Science in Hotel Administration from Cornell University and an MBA from the Fuqua School of Business at Duke University. 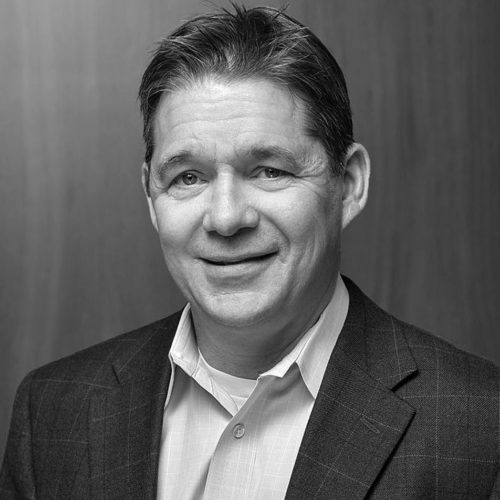 Prior to NEW, Mr. Bosserman served as Chief Financial Officer at worldweb.net, where he successfully led the sale of the company in early 2001. Before joining worldweb.net, Mr. Bosserman was the Executive Vice President, Chief Financial Officer and Treasurer of Best Software, Inc., a leading provider of business application software solutions, for which he successfully managed the company’s initial public offering. Mr. Bosserman was also a certified public accountant at Deloitte.

Mr. Bosserman currently serves on the boards of BigTeams and Motionsoft, is a board observer to KIND Healthy Snacks and and is an active advisor to CustomInk and José Andrés’ ThinkFood Group. 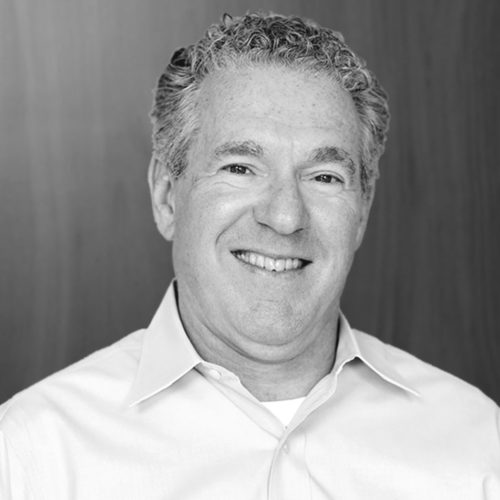 Mr. Brick is a Senior Advisor to SWaN. Mr. Brick brings decades of extensive experience as a retail entrepreneur and executive both in North America and Europe.

Previously, Mr. Brick spent 5 years as Investment Director at LTG Capital sourcing and managing a portfolio of both direct and fund investments in private and public companies across the consumer sector. During his tenure, he led investments in a variety of brands including Mint Velvet, Evereve and Everyman Media Group, among others. Mr. Brick held several Board positions across the portfolio throughout his time at LTG.

Prior to LTG Capital, Mr. Brick was CEO of Gordon Brothers Europe, where he established the brand in Europe and worked with several leading retailers, providing investment capital as well as rapid solutions and reliable outcomes for clients at all points in the business lifecycle. Mr. Brick also served on the Global leadership team of Gordon Brothers Group.

Earlier in his career, Mr. Brick co-founded Specialty Retail Group with his brother in the early 1980's. As co-CEO, Mr. Brick led all aspects of the company's strategic development and future planning as well as hiring senior talent across finance and operations. The company grew to be one of the largest menswear retailers in the U.K. under 3 brands: Suits You, Racing Green and Young's Hire. During his tenure, Mr. Brick was involved in a number of trade associations including spending several years on the British Council of Shopping Centres. The company was sold to a U.K. Private Equity fund in late 2005.

Mr. Brick is a trustee of Medical Aid Films, a U.K.-based charity which uses innovative media to transform the health and wellbeing of women and children around the World.

Mr. Brick received a BA in Accounting and Finance from University of London. 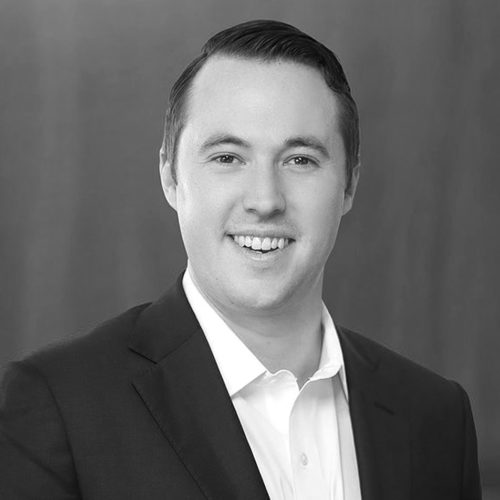 Mark Mason is a Director at SWaN. Mark joined as a summer intern in 2016 and accepted a permanent position as Director following his graduation from Harvard Business School in 2017.

Prior to HBS, Mark worked at Berkshire Partners, a Boston-based private equity firm, where he focused on investments in the retail/consumer and telecommunications space. Previously, he was a consultant at McKinsey & Co. and a senior consultant at Booz Allen Hamilton.

Mark earned his Bachelor of Science from Vanderbilt University and his MBA from Harvard Business School. 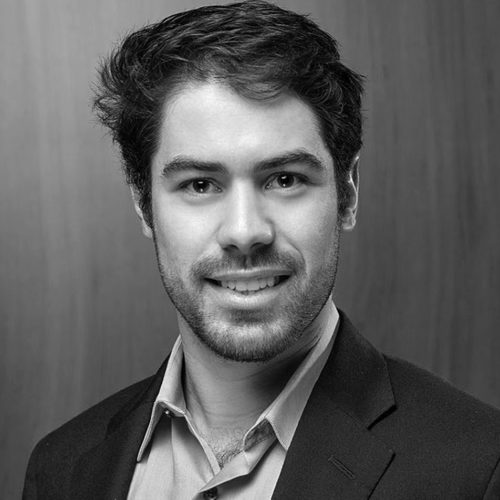 Aaron Pollock joined SWaN in 2013 and is a Senior Finance Lead at the firm. He focuses primarily on structuring investment opportunities in sports and entertainment, packaged goods, retail infrastructure and tech-enabled networks.

Prior to joining SWaN, Aaron was an Analyst at Grace Matthews, a middle-market investment bank based in Milwaukee, Wisconsin, where he was a primary team member on numerous M&A advisory engagements totaling over $600 million in aggregate transaction value.

Aaron received a Bachelor of Business Administration in Finance along with a Bachelor of Arts in Communication Science and Rhetoric from the University of Wisconsin – Madison. 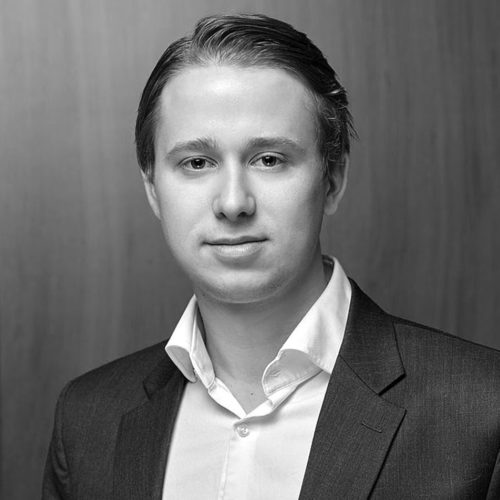 Nick Gillette is an Associate at SWaN. He joined the firm in June 2014. Nick focuses primarily on deal flow management, research and due diligence, and serves as the primary fund liaison to portfolio companies and LPs. Nick currently sits on the boards of Sugar23, Mindshow, BioThred and Wellspring.

Prior to joining SWaN, he took a lead role in redeveloping a local café in Leesburg, VA called Shoe’s Cup & Cork, where he continues to serve as a Partner.

Nick received a Bachelor of Science in Finance from Lehigh University through the Integrated Business and Engineering (IBE) Honors Program. 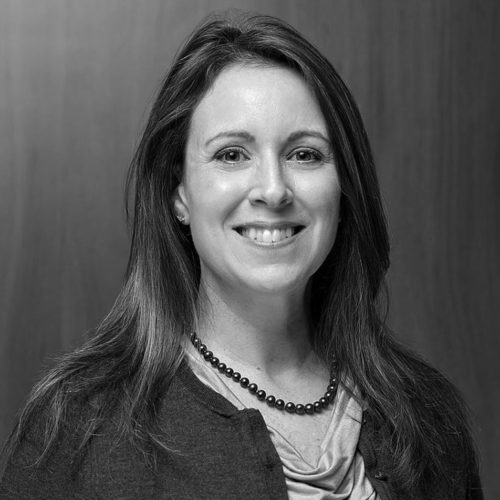 Stacey is a native Northern Virginia resident, and her favorite pastime is spending time with her two grown children.

Bethany is an executive support professional with 15 years of experience partnering with C-level executives. She joined SWaN in Spring 2013 where she works directly with David Strasser.

Previously she worked with the Chief Financial and Chief Operating Officer at NEW Asurion for 12 years. She has extensive knowledge managing logistical requirements for mergers, acquisitions and recapitalization transactions.

She enjoys acting in family ministry at her local church and participating in other local volunteer and charity events. She is passionate about interior design, creative event planning and organizational efficiency.

Rodney Brown joined SWaN in July 2014 and is the Chief Financial Officer of the firm.

Prior to SWaN, he served as Vice President and Controller for NEW Corp. (now NEWAsurion Corp.), leading the company’s accounting, tax and auditrelated processes. He also led due diligence efforts for M&A and liquidity transactions.

Rodney received a Bachelor of Business Administration from Radford University. 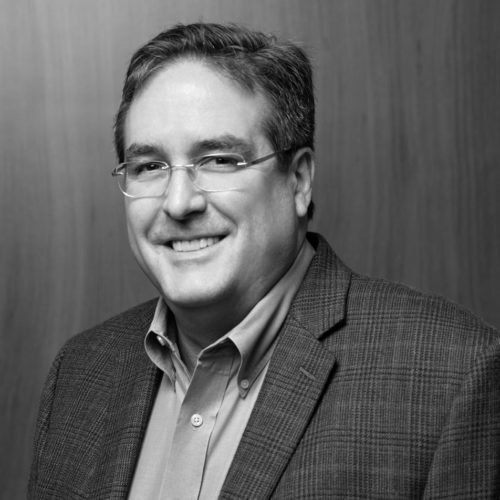 Dave Crum joined SWaN in June 2014 and is focused on treasury, financial planning and analysis functions.

From 2002 to 2014, Dave held leadership positions at NEW Corp. (now NEWAsurion Corp.), including Senior Director for Financial Planning and Analysis as well as lead roles in treasury management and compliance.

Dave received a BA in History from St. Lawrence University and an MA from the Johns Hopkins University School of Advanced International Studies (SAIS). 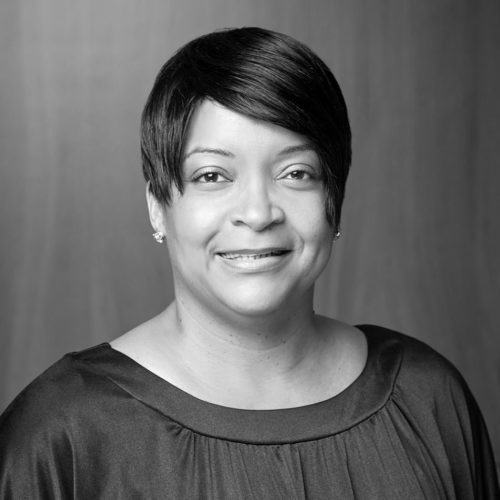 Prior to joining SWaN, she worked at NEW Corp. (now NEWAsurion Corp.) for over 20 years in various positions within the Claims Payables and Finance Departments. 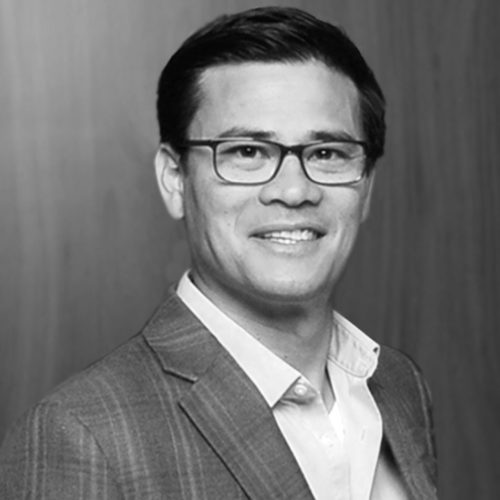 Anthony Francis is the IT Manager at SWaN. He joined the firm in Summer 2013.

After moving to Northern Virginia in 1998, he worked at Bowman Consulting Group as their IT Manager for 6 years. He transitioned to directing Technology at a local church and consulted many churches worldwide for 19 years. He has extensive experience in Network Design, Infrastructure Management, CRM Systems, and Volunteer management.

He enjoys traveling with his wife and three children. He is a foodie and loves cooking in his pastime.